Motorcycle riders hurt in crashes with another vehicle frequently suffer serious, life changing injuries. Alexandria Virginia Motorcycle Injury Lawyer Stan Doerrer is a motorcycle rider himself and takes great pride in helping riders who are injured or killed due to another’s negligence get the recovery they deserve.

Because motorcyclists lack the protective structure of an automobile or truck, they are significantly more likely to suffer severe or fatal injuries when there is a crash. Unfortunately, more than 80% of all reported motorcycle crashes result in injury or death to the rider.

Most motorcycle crashes are caused because motorists do not see the motorcyclist, and they either hit the motorcyclist or cause the rider to take evasive action to avoid being hit.

Stan Doerrer is knowledgeable about the types of crashes that frequently occur with motorcyclists, and takes aggressive steps to investigate the cause of the action from the beginning so as to maximize the chance for recovery. Said investigation includes speaking to witnesses and trying to get surveillance footage of the crash, if possible.

If you or someone you love were injured in a motorcycle crash caused due to someone else’s negligence, contact the Law Office of Stan M. Doerrer PLLC (703) 348-4646 for a free consultation. There is no fee unless you win, and we will work hard to make sure you get get what you deserve. 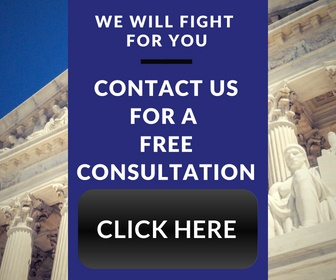